The President just appeared on 60 Minutes to re-energize his limping party into their ‘lame-duck’ holiday season.  Assuming this is one of the most tactful Presidents and Administration, one would think the political spin that is rumbling is about to become deafening.  Only two years until possible reelection and you can bet that the President will not stop campaigning. Has he ever?

Is it good form for President Barack Obama to promote that his recent political ‘shalacking’ was more about bad marketing of his message than just plain bad policy?

This seems quite odd coming from the most masterfully powerful and brilliant political marketing train ever created. This administration commandingly owns most all of the media, including this new thing called the internet, and this even newer media venue called social media.   Appearances on The View, Jon Stewart, and late night talk programs as well as stumping at numerous Democratic political rallies did not seem to explain or communicate well, the path of this Administration’s governing direction. Their marketing failure was not for lack of spending or appearances.

Saying it was their marketing communication limitation that caused the Democratic implosion this November is like listening to a child tell you they did not crap their own pants or perhaps it was on purpose.  “Daddy, someone else must have pooped in my pants, it wasn’t me.” changed into “Daddy Crapping my pants is cool and is best for everybody, I just forgot to explain it well”.

Is this, at least, more refreshing than blaming the previous administration?

Mr. President, crapping your pants is bad and Americans just changed your adult diaper. The best marketing plans can fail if the end product is a a terd-bucket.  Marketing is not your liability, it may just be your policy.

The fundamental weak link in President Barack Obama’s theory, spoken in his interview tonight, is that we may need some ‘rich folk’ taxes to make up a $700 Billion shortfall in the budget.  A ‘shortfall in the budget’ is political spin for ‘oh no! we spent too much’.  When budgeting even household budgets it is logical and undeniable that when there is a ‘shortfall’ we can do only two things;

#1-The President wants to make more money for the budget by increasing tax revenue without stimulating the taxable base. No incentives to grow the economy and organically creating more revenue.  What is the taxpayer funded payroll for all of these economic geniuses that have decided this? (Make More…folks pay?)

#2- The American Electorate has decided that it would rather spend less on Earmarks, Bailouts,  and Inefficient Government Projects. This is the more logical, Economics 101 approach and must have been the one class that was not offered to the President or his advisors, at Harvard.

Guided by fear and uncertain policy, american capitalism, as managed by business owners large and small have been following #2. (Spend Less)  This has directly increased private sector unemployment.

The Government that should be frugal and creating incentives is incorrectly following #1.

Conversely, the economy and the jobless numbers will only get better if Corporate America makes more and does #1 and let this Administration continue what they seem to be good at….

Op-Ed and only posted as a stimulant to heated debate.  All comments and arguments welcome. 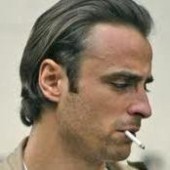 Love everlasting? It may be true!-Dr Jen