Tonight as we were getting ready to pack up for the day, my assistant popped into my office with her typical hysterical question of the day.  I value her sense of humor, because when I am completely heads down and mired in an impossible problem, she will enter at exactly the right time and ask me something completely outrageous.  And it will always crack me up and always put me in a great mood.  I truly value her for that ability.
What started out as a ridiculous question about the movie Magic Mike sparked a more serious pondering between us…”What makes someone attractive?”
It would be my assumption that men and women might answer this question very differently.  And I’ve learned through comparing notes with my girlfriends since I learned boys weren’t yukky in about 2nd grade that what I think is attractive is pretty different than the norm.
It’s easy to default to celebrities, because they are an relatable frame of reference for people.  My mom, for example thinks George Clooney ranks pretty highly.  I get it.  He’s a handsome man, talented, accomplished in his field, home in Lake Cuomo, looks nice in a tux.  And yet that man does NOTHING for me.
This year’s People Magazine “Sexiest Man Alive” lists Channing Tatum.  I’ll give the guy points for fantastic body, but again, I don’t get the appeal.
I have a male friend suggest Helen Mirren was his celebrity crush.  THAT I actually understood.  Yes, she’s older, but she’s aged beautifully.  But you get the sense she’s smart, and great fun to be around.  And in her 60’s, she can still rock a bikini.  She woman exudes style and substance.  He’s in his 40’s, so choosing her, I applaud his choice.
When prompted, my assistant had to think for a bit before coming up with Liev Shrieber.  Yes, good looking, but it’s his voice that turns her on the most about him.  Interesting!
For me, looks actually play a small role.  There are plenty of nice looking people out there, but they have to have something pretty notable to back it up for me to find them attractive.   So, as those who know me well have learned, not too many people make the list.  Fascinated by this, one of my guy friends once ran through a list of about 100 movie stars and rock stars HE thought were great looking, trying to nail down my taste.  He thinks I’m insane.  And I think he’s crazy for adding Prince to his list.
To be attractive, in my mind, it starts with the inside.  You can have a great looking exterior, but if you are a miserable or horrible person, you are immediately unattractive to me.  People who crave the spotlight, and need all attention focused on themselves?  I’m pretty sure I could never date the front man of a band.  I absolutely love The Rolling Stones, and I would take Keith Richards over Mick Jagger any day of the week – purely based on his talent, the love he has for his wife and kids, and his long standing displeasure of Mick’s constant need for focus.
So here’s what I find attractive:
People with great talent in something.  Anything.
People with deep knowledge in something.
People who live life with passion.  They aren’t just letting life happen to them.
People who are kind – both to others, and to themselves
People who can make you laugh.  Really laugh.  And not at other people’s expense.
People who take pride in themselves their appearance, but aren’t obsessed.  Well groomed people who are healthy is awesome – people who freak out if they miss a day in the gym and spent hours grooming themselves is a turnoff for me.
People who have confidence. Confident enough to not give a shit what others think about their choices.  Humble enough to never brag about what they have accomplished.
And great eyes.  Eyes tell me everything I need to know about a person.
It’s funny.  As I read through the list above, these aren’t just the characteristics I find attractive in a man – I wrote “people” unconsciously, but it’s accurate.  The women I found most beautiful have many of these same characteristics, and I love being friends with them.
And as for guys, I think by now everyone knows my celebrity crush is Johnny Depp – but not just for his looks, more for the for way he lives his life.  But you know who else makes my list?  Richard Branson.   Not classically great looking, but what an awesome spirit and joy for continuous learning that guy has.
What makes someone attractive to you.  And turn it around…what makes YOU attractive to someone else?
People Innovator – The 365 Day Experiment 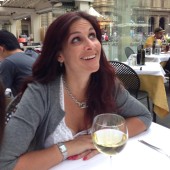 Yogini on Vitamins and More

Dog Hit By Car After Given LSD – Snellville Georgia