Technically, grief is the intense emotion suffering cause by a loss. However, grief is relative to the worst loss one has experienced. If you are among those who have suffered the death of a child, spouse, parent or grandparent, you know an intense level of grief that is almost indescribable.

However there are many among us today who are dealing grief due to a different kind of loss and for them it may be the most intense loss they have experienced. Over the last three decades we have experienced unprecedented economic growth not only in the United States but around the globe. More than half of the US population has little or no recollection of the economic problems associated with the early 70’s.

The current meltdown of the global economy is creating the same type of intense emotions normally only associated with the loss of a loved one. Sadness, fear, anger, guilt, apathy and why me are now as common as openness, interest, enthusiasm and commitment and these emotions are not only appearing in our global workforce but also in their families.

With almost 10% of the United States workers currently unemployed it is easy to understand why they might be encountering the negative emotions of grief. Often overlooked is the impact on the remaining 90% that are still working. Consider the toll the global recession taking on the survivors.

It is easy to assume that those still receiving a paycheck are grateful and happy and yet when their co-workers are furloughed or downsized they have lost an important relationship and experience a certain level of sadness. Even if their company has managed to keep its workforce intact most of us know a neighbor or a family member who is unemployed and that makes them sad.

Rejoice, you did not receive the pink slip this month. That might be understandable but is it realistic? Even if there was a sense of relief, it was momentary and quickly replaced the fear that I will be next. No one knows how or where this economic crisis will end or turn around. So the fear that you could be next is real and intense for many.

This is the ultimate survivor syndrome. Every bereaved parent has wondered why they didn’t die in place of their child. Survivors often feel that guilt. Your laid off co-worker has a family and you are single. Why them and not you? Or how about, if I had worked harder, been more creative, more efficient, more (you fill in the blank) we would not have had to layoff anyone.

My world is collapsing around me and I am unable to do anything about it. It’s not my fault so I need someone to blame. So I’m angry with my boss, the owner of the company, President Bush, President Obama, my wife/husband, my kids and the list goes on. There are an endless number of real or perceived culprits at whom we can direct our anger.

At some point in this emotional thrill ride this question arises. What did I do to deserve this? Why do bad things happen to good people? Why, why, why? Ask this question often enough and you quickly realize there may not be an answer out there or at least not an answer that you will find acceptable.

Congratulations you have reached the crossroads and you are facing two signposts – the one on the left says apathy, while the one on the right say commitment.

Come to the conclusion that there is nothing you can do about your lot in life and you will have chosen the road to apathy which will involve sitting around bemoaning your situation and waiting for someone or something to come along and take care of you.

The good news is you have another choice. That other signpost says commitment. It is the choice to do something, anything, to improve your situation. It may be as simple as taking an online course to improve your computer skills or volunteering to be part of the innovation team that will lead your company out of this recession.
It could be more dramatic involving you launching your own company based on that idea that you have been considering for years. Whatever it is, it is your choice.

In one of my darkest moments as a bereaved parent, a good friend told me, “Grief is standard, misery is optional”. It is your decision. 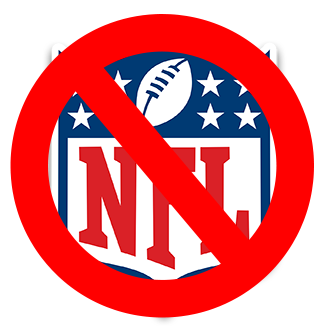 Will you boycott NFL or give them another chance