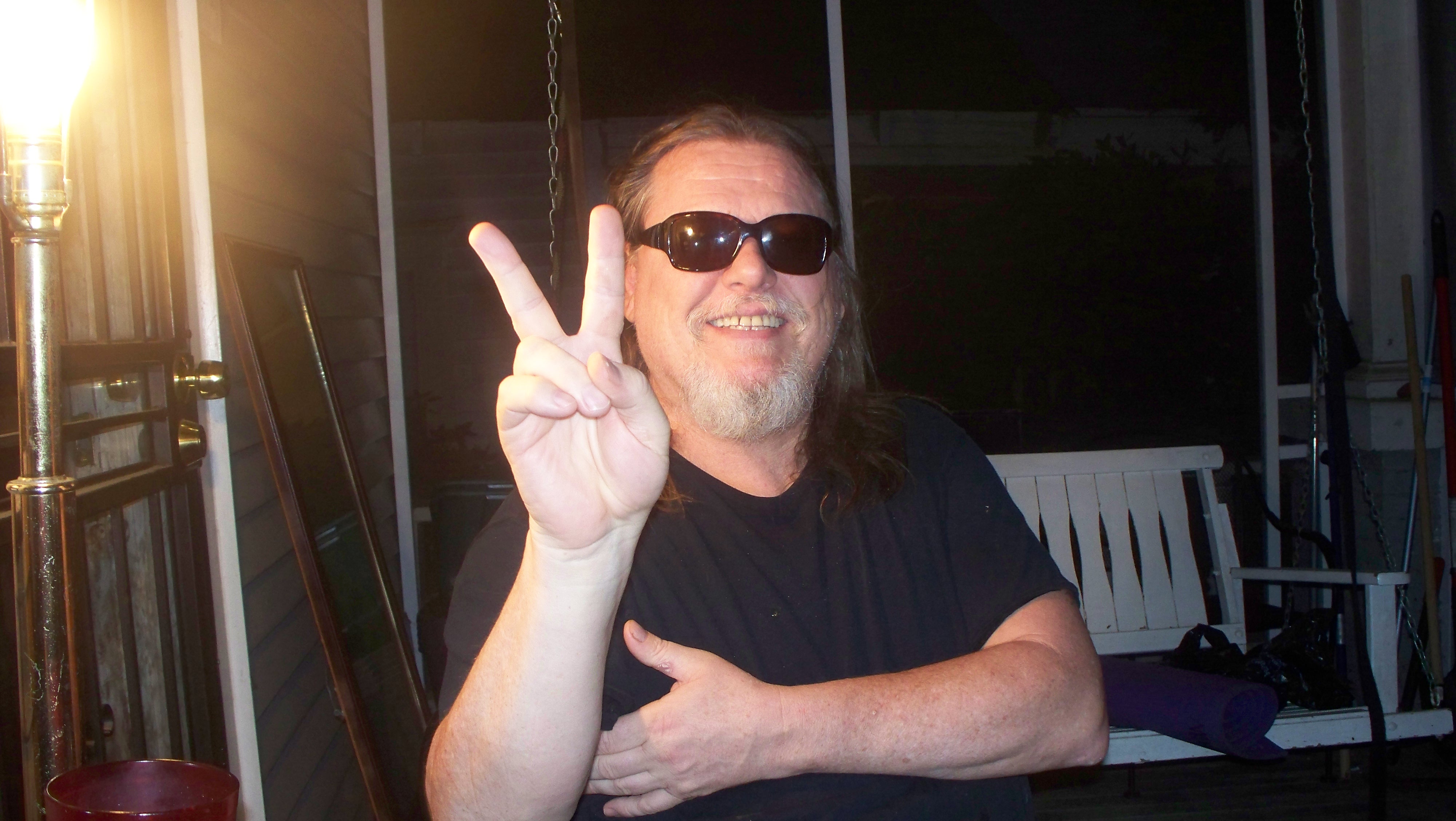 “It is well to give when asked, but it is better to give unasked.”–Kahil Gibran

“If you love me, baby, give it to me.”–Ru Paul Charles

I just ate a low calorie wheat tortilla filled with two slices of oven roasted turkey breast, and a tasty dill pickle spear, topped with a decent amount of Sriracha HOT chili sauce. I must have just invented a new food item. I do that all the time. In my kitchen, necessity is often the mother of invention. Do you ever eat weird food at home? I often put peanut butter, a sliced banana, and honey inside a burrito, also. Recently, I saw where some near broke guy poured water on his corn flakes. I couldn’t do that. I guess there is someone out there who has probably eaten their morning cereal doused with beer. That would be one way to try to kill a hangover. Throw a shot of bourbon onto those corn flakes, too, why don’t you?

Wayne Myers, the computer genius, and I, traveled into Little Five Points, tonight, and had coffee at Java Lord’s. Java Lord’s might well have the best cup of coffee in Atlanta. I guzzled two large cups. Rob Thompson, the owner, roasts his own beans. The movie, “Tron,” was playing on a large screen. People sat in front of laptops underneath the screen. Live bands sometimes play at the coffeehouse. There is always something exciting happening there to go along with the killer coffee. I’m hoping that Rob will set me up with some complimentary coffee for plugging him. Tee hee; ha ha.

Barry Richman joined Caroline Aiken on stage, last Saturday night, at The Moonshdow, in Tucker, Ga. Caroline told we, the audience, that she was practically in tears because she was playing with Barry. The two Atlanta music legends had never shared the same stage before. Barry was in the saloon to see The Wayside Riders play, and Caroline was doing a couple of sets with The Riders. Making the event even more special was the fact that keyboardist-vocalist John Marsh of the band Deep Blue Sun joined the duo for several songs. Combined with The Wayside Riders two sets, the Aiken-Richman-Marsh made the event an evening never to be forgotten.

The Barry Richman Band will play The Moonshadow on New Year’s Eve. Check out Barry’s website at BarryRichman and his My Space.

As well as being one of the best guitar players in the world, Barry Richman is a world class human. Show him the love, people.

For the second year in a row, when my family of choice, and I, get together, we will not exchange gifts. Two of us are unemployed, and eating via food stamps, and everyone else is living paycheck to paycheck like so many of you are. We are blessed that are children are not young during these hard economic times staring at a tree with no gifts from “Santa” underneath. Love is the best thing that I could find under this little ceramic tree of mine that Good Neighbor lent me for the holidays.

There is a lot of love being shown for children of Atlanta, this coming Friday, Dec. 24, by a group called Serving God’s Kids. My good friend Dave Sloan is associated with this project. Dave has a heart of gold. Below you can see the various ways that you can help out.

You can still help! Food, Christmas presents, and $ still needed. See details below.

ONGOING
There will be LOTS of opportunities to serve the kids and adults at Gateway on an ongoing basis. Sign up and join a Serving God’s Kids team at the event on Christmas Eve.

Alone, I cannot walk. With God’s help and yours, I can fly.

“Travelin’ down a lonely highway I knew not where the road would end
Not a penny in my pocket all alone without a friend
Met a lad while on my travel tryin’ hard to play the game
Though his legs were very very crippled and he couldn’t even speak his name
But he smiled in understanding though life to him had been so unkind
As I watched I bowed in sorrow oh Lord Thy burdens are greater than mine
I can speak my name aloud make my way among the crowd
Yes Thy burdens are greater than mine.”

I had hip replacement surgery this past January. I was in a great deal of pain before the surgery, and was walking with the assistance of a cane. While traveling on the bus, and train, I suddenly became aware of people more crippled than I was, people using walkers, people in wheelchairs, people who I had, to this point, not noticed.

It is weird how you can ignore what you want to ignore. A nice side benefit of being hurt was that people came out of the woodwork to help me. A girl who I had met on My Space, and then followed over to Facebook, when it got popular had just recently moved up from Albany, Georgia. Her name was Danielle Strickland, and out of the blue, she was showing up on my doorstep to help me get to the grocery store.

Another young lady, who you all know here from The Kimberly James Report, showed up at my front door to walk my dogs for me. Sometimes, I get cynical, and say that the world sucks, but that is just a reflection of a bad attitude within me. There are are billions of good people on this planet. I thank God for putting so many of them in my life.

I am up on four hours sleep; that Java Lords coffee is still flowing through my veins! Filmmaker David Scott Barron starts work today on a flick, today, where I am the star! David is making a half hour video of the poetry of Mikel K Poet. I am quite excited about this. David, and I, worked together on a video project, about ten years ago, called Mikel K: Outspoken Word a flick by David Scott Barron. Hollyweird here I don’t come. We are shooting it right here in Atlanta. Get your popcorn ready. 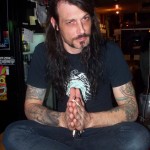 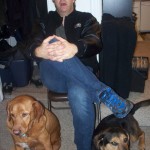 Filmmaker Dave Barron is acting surprised to be caught on the other side of the camera.Morisson K (left) and Bundy K are making sure that Barron leaves The K Hotel covered in dog hair. 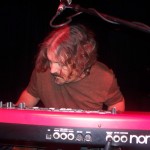 Keyboardist, Vocalist John Marsh of the band Deep Blue Sun doing what he does. John joined Caroline Aiken, and Barry Richman, on stage for a very historic moment in Atlanta Music. 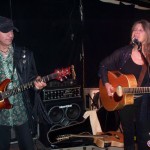 Barry Richman, and Caroline Aiken make music together, and history by playing together for the first time ever at a recent Wayside Riders show.

This column was written while listening to the music of Augustus Pablo, Hank William Sr.. Cyndi Craven, and Art Linton.

Coming up in The Daily K: Spending the night with Nathan Nelson at The Northside Tavern,.
The Daily K will answer the question, “Who holds the camera on Johnny Colt on his wild, and  sometimes, dangerous adventures? A chat with singer-songwriters Art Linton, and Cyndi Craven. And walking your dog after midnight; is it better than lithium?
Happy Holidays. Peace and Love.
May God’s Love Be With You. 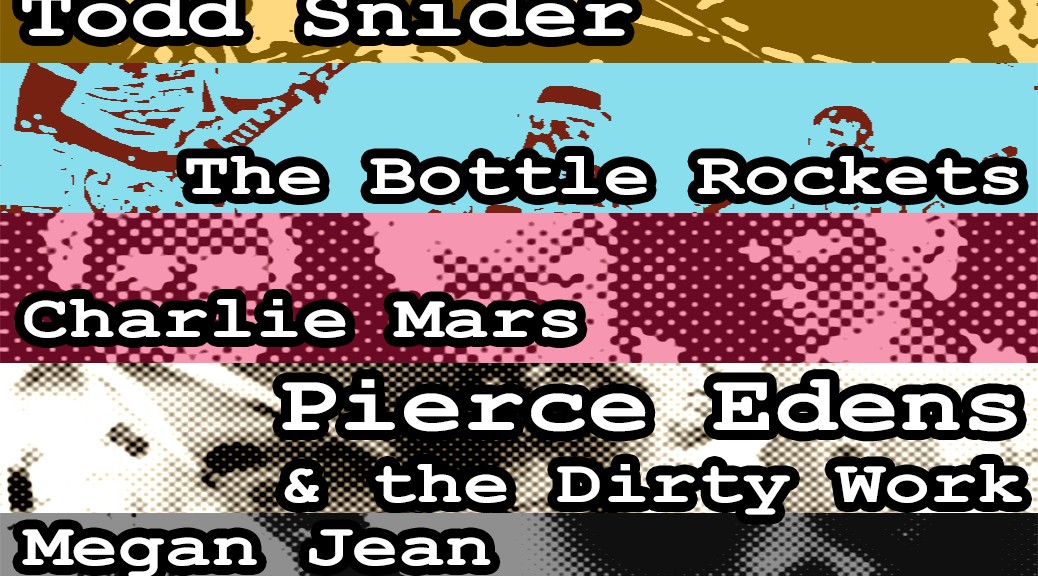 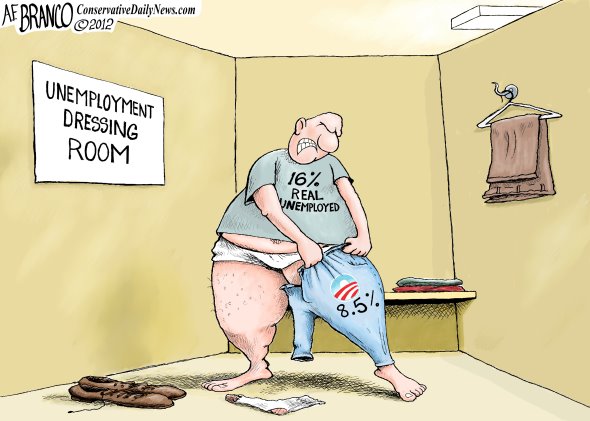 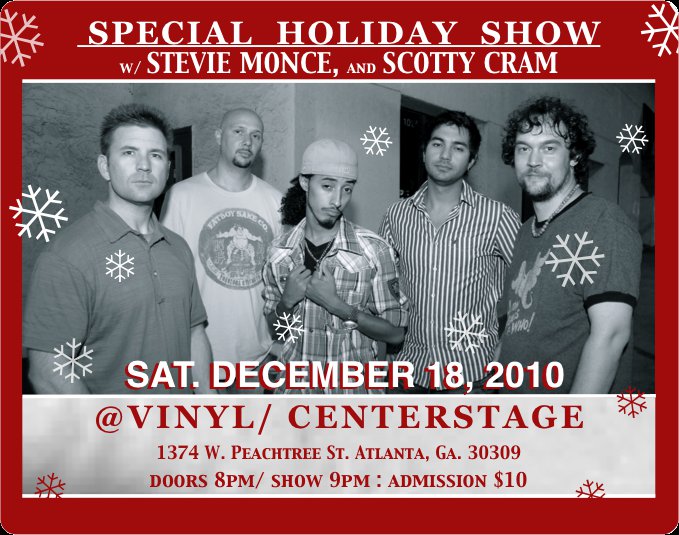 This Weeks Shows Across the Southeast from The Kimberly James Report!