When The Going Gets Weird by Mikel K

I have an ear inside my head that can’t hear a word that you are saying.

I really don’t get The Idea of nailing a politician because he, or she, changes their position on something. Life is change. You and I change our mind all the time; we think different of things, at different times. Why should Politicians be any different?

Do you want to make a difference in The Lives of Your Fellow Human Beings?

What if Ron Paul was The President?

I just watered my plants. I have lost several plants since I brought them all inside: the heat, the lack of sun, and the cats, proved to be lethal. I used to have trouble keeping goldfish alive; they needed much more space than I could provide them. A gold fish bowl is not neccessarliy good for the goldfish.

My eyes didn’t blink when you left me. I never shed a tear once you walked out that door. You can send me all the information that you want about your new love interests. I;m not going to get jealous or angry: I got a new woman now, who don’t do me like you did.

What if Rick Santorum were President?

She showed me her wound; I couldn’t stand it, so I turned on the tv.

Children were being bombed in Syria. I watched and ate my dinner as if nothing was happening.

This is my friend, and a friend to many, Skinny Joe.

He passed away, recently. I will always Love Him.

We need jobs  Not some guy who wants to take away our condoms.

THE K QUESTION OF THE WEEK:

Ric Stick Green: Same thing that’s been going on for hundreds of years.

Beverley Cunningham: Why isn’t someone stopping this?

Beverley Cunningham: The U.S. could provide weapons to Syrian civilians so they can protect themselves.

Mikel K Poet: Who’ll train them to use them, and how to be soldiers?

Beverley Cunningham: Nobody, but at least they’ll have a way to fight back.

Beverley Cunningham: The last I read which was just a day or two ago, tanks weren’t in the picture just yet cause it would make the government appear weak. Tanks definitely paint a different picture. I’ll read up on my news tonight when my 8 month old goes to sleep which is the only quiet part of my day. LOL.

There is never an easy answer. The U.S. just withdrew from a war and I’m sure our citizens don’t want to get involved in another mess. After the Holocaust, we said never again, but there are a number of atrocities happening everyday all around the world such as genocide.

No one can do it all.

Joan put me up to this. (Photo by Just Joan).

I’m not even sure who you are.

Talk about it, but don’t do it.

What if Newt Gingrich was President?

Who has more faith, the man in the gutter, or the person in the pew on Sunday?

It’s cold out in the rain. It is hot inside my brain.

Can you belive this: the end of February in Atlanta?!

Not merely an escape mechanism

Not being a man, carrying a rifle.

Being a man not carrying a rifle.

Being a woman not trying to be like a man.

Damn, a woman should carry a rifle, perhaps.

Is it possible for A Serial Killer to recover?

Should we give them a white chip,

and let them back out into Society?

On a K Walk Thru The Hood: From left to right:

Dylan, and Morisson, and their pal, Bolton.

“We don’t just make cars, we make lots of money.”

I’ll alwasy think of the leftover food on a plate, or the last bit of a drink, as things that I could have consumed, instead of throwing them out, if I was A Bum.

in an upcoming K Minute. Tune in, and Turn On.

Well, he sought variation in this very great nation where there wasn’t much variation among things.

Anybody can be a star, if you know who you are.

I swam 20 laps today. Before I hit the long lane, though, I went to the shallower end and practiced my breathing for the freestyle stroke. I stood in the pool, holding the wall, and practiced breathing, and I used a kickboard to practice breathing going up, and down, the length of the pool, doing my new breathing thing.. When I got to the long lane, I was able to grab three breathes while crawl stroking it, taking me half the pool’s length: a new rocord for me as an adult swimmer! This shows me that all anything pretty much takes is practice, and I am certainly going to practice, and swim more!

I wave my finger, but you obviously linger.

My Kitty Jaggar is a very unaffectionate cat. He was found with his chest caved in, next to his dead mother, in the drive through of a Mc Donald’s. He was taken to a vet, the vet that I was going to at the time. The Vet Tech’s used to bring him out to me, and let me hold him, tiny thing that he was, as they nursed him. When he was ready for a good home, they asked me if I wanted him. Of course, I said yes.

This morning, Jaggar came up to me, and rubbed himself against my legs. This is as close as Jagger

gets to bonding with me. I don’t get to pet him.

He doesn’t crawl in the bed with me at night, as my other cat Kobain does. Jaggar, sometimes, bites at, and waves a menacing paw at folks who come into our abode.

You have to take things as they come to you. I am glad that Jaggar came to me, even though he is not the cuddly type.

Sprocket Art: Mikel, that is a nice story about you, and your cat…makes you appreciate the little things in life.

Teach Your Chldren, as you learn yourself.

What if Mitt Romney was President?

“Frogs In A Blender,” by David Nihiser.

More Nihiser art to be featured here, as time rolls on.

Jeff Waller: There is no god.

Mikel K Poet: How would you convince Mr. Waller that there is a God?

Jason D. Armistead: I’m not sure..it’s like asking me to believe that dark matter is real. I suppose that job is up to my brother the Jewish carpenter…

April King Woodard: There’s no point in trying to convince Jeff now… there will come a point and time in your own life, Jeff, and at that point, you’ll either get it or you won’t. But God doesn’t give up on us… his love is unconditional. So be bold and stuck in your ways right now, that’s OK. Just know that a lot of us have been there and learned better. There is a GREATER being, force, Lord, Christ, Yawah that leads people into a loving, forgiving, productive, charitable, way of life. So Jason, I agree with you that free will is in charge. Jeff, What do you do with your free will?

All They Are Saying (Stock Photo).

God is fake.
Money is fake
Your mother
and father,
are fake.
Religion is fake.
Bob Dylan is fake.
John Lennon is fake.
Birhthday cake is fake.
Love is fake.
Kindness is fake.
Don’t give those
with less than you, anything.
Bankers are fake.
Business men are fake.
You are fake, and
I am fake.

his diabetes in check, and lose his fat tummy.

I kind of doubt that your opinions will ever be mine. I mean, it could happen but I don’t see it, no I don’t.

With every breath I take I am spending a dollar, and getting another man, or woman, richer.

Are fear, and doubt, holding you back?

“The bank is motivated.” I just heard this on a Pandora commercail and I am not sure whether to laugh out loud, or run like Hell!

Our dog walk, this morning, was interesting in that I kind of tuned into my legs, as I walked, noticing that they were a little sore, as I started the walk; and then I was feeling a small amount of arthritic pain in my right knee, and in my left heel, as we ended The Walk. I wondered if these pains would ever completely go away, and if I had not been fat, would I have ever gotten such pain in the first place. Both dogs took hefty shits, along the way, and I am mighty thankful for that; it beats picking up piles of poop in the hallway.

If you don’t buy A Mikel K Book, or put some money

in The K Tip Jar, I might send Joan out after you…

If you must have more K, you can click here,, and buy K’s stunning memoir, “The Delivery Guy,” or one of his fine, fine poetry books. I suggest that you start with, “They Shot Bob Marley Outside The Dakota.”

That’s it for this week. I Love You. Goodbye. –Mikel K

This colum originally appears at www.worldwidehippies.com* 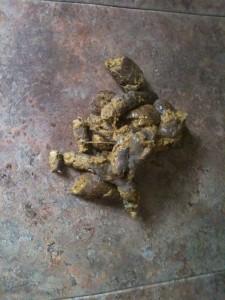 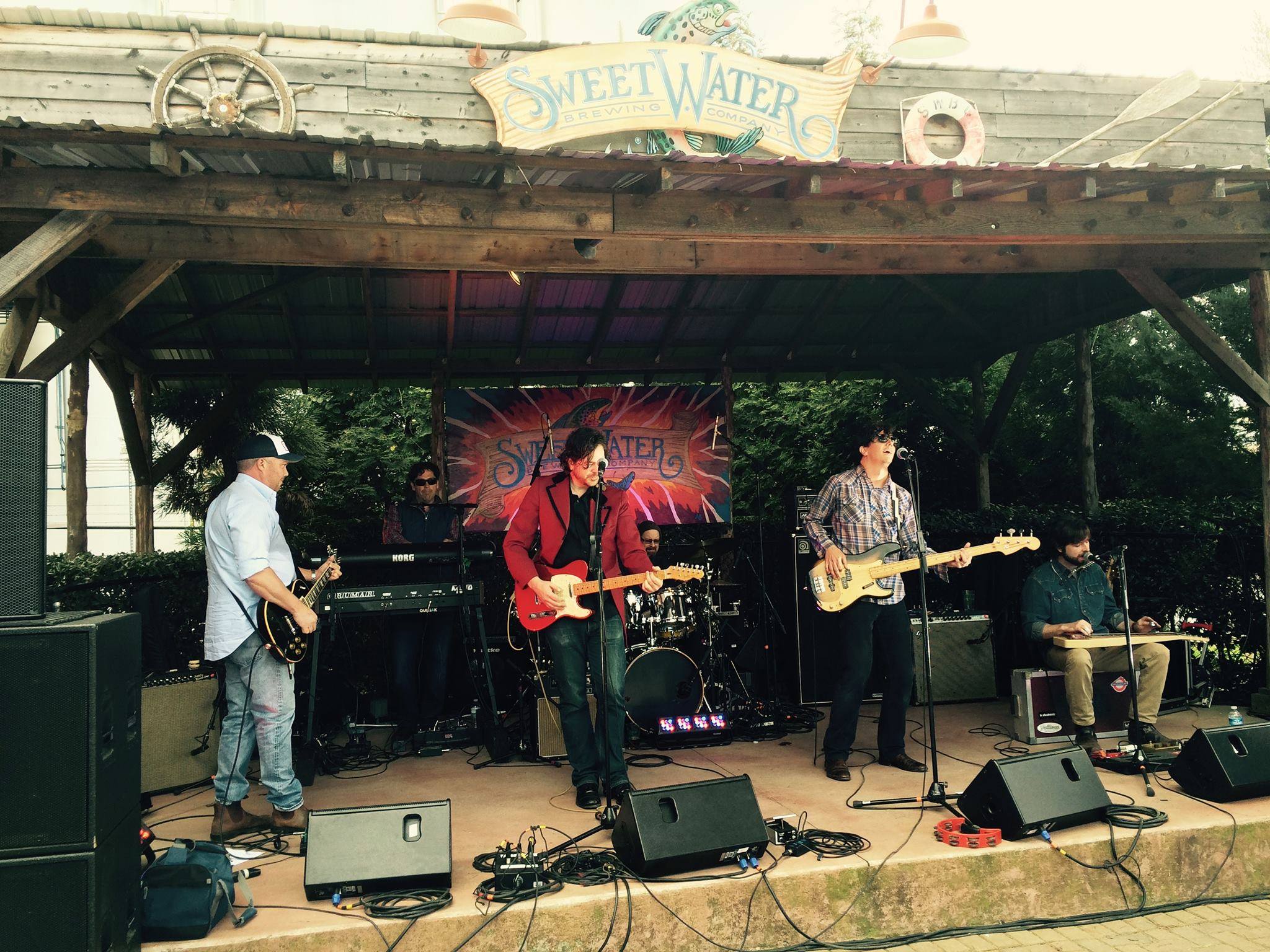 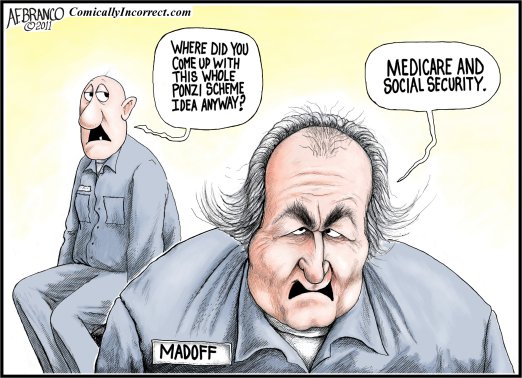 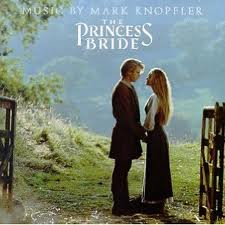 What Is Your Favorite 80′s Movie?

Fast and Easy Updates to Help a Home Sell