Amazon Key announced that they will allow customers to receive deliveries inside their homes while they’re out. The service involves smart locks to grant temporary access to verified couriers and the Amazon Cloud Cam, to record those deliveries for customers, who can watch them in real time on their SaaS platforms. It will be available for the company’s Prime members on Nov. 8 in 37 cities and starts at a one-time $249.99 fee. Eventually, it could be used to let dog walkers, house cleaners, and other home professionals into homes.

Meanwhile, Walmart announced last month that it’s experimenting with a similar service that will allow delivery people to unload groceries into customers’ fridges when those shoppers are out.

But if it sounds too good to be true, well, it just might be.

“It’s one of the single most moronic things I’ve ever heard of,” security consultant J.R. Roberts says of the concept. “I can’t tell you the number of cases I’ve worked where people were assaulted or murdered because they let tradespeople into their houses.”

Yikes! OK, that’s clearly an unlikely, worst-case scenario. Amazon officials declined to answer security-related questions for this story. But they have widely touted the security measures the company has taken to ensure the safety of clients.

These include providing secure authentication and authorization mechanisms, scrupulous security reviews, and encrypting communications among the Cloud Cam, the Amazon Key app, and the company’s servers.

So make up your own mind whether to embrace Amazon Key. Just be aware of the following issues:

Despite Amazon’s security measures, customers will still be taking a big leap of faith, according to Roberts.

“How well do you know that Amazon has vetted the people making these deliveries?” he says. He added that many times companies don’t sufficiently conduct background checks to catch criminal histories.

“If somebody’s smart and they wait until they get the right house with the right stuff, [they can be] in and out in four minutes” with all sorts of valuables and personal information, Roberts says. Homeowners who aren’t watching the delivery in real time, might not learn of it for hours until they return home. “[They’re] out the next day, and Amazon can’t find [them].”

A smart lock system, which allows periodic access for deliveries, could potentially be hacked, warns Jim Jones, a digital forensics professor at George Mason University in Fairfax, VA. That could give the bad guys unauthorized access to your home.

“Do you trust the technology?” Jones asks. “Can it be compromised or bypassed in some way by a cyberattacker?”

If you grant couriers access to your home and they fall and sustain ab injury while inside, you could be liable—and get sued. Homeowners insurance would be likely to cover most of the damages, but probably not everything.

“There’s usually a deductible that you would have to absorb yourself,” says New York City–based real estate attorney Aaron Shmulewitz of Belkin Burden Wenig & Goldman. “And anytime you get sued, there’s a very good chance your premiums will rise.”

Letting anyone into your home when you’re not around comes with risks—for you and your family, your belongings, and even your pets. Fido could potentially get out of the house when the delivery person opens or closes the door.

The Amazon Cloud Cam will likely be positioned over the doorway. But if someone steps out of the narrow frame of the camera, then homeowners will have no idea what the person is doing in the home.

However, broadening the scope of the camera presents its own problems, says Joel Reidenberg, a cybersecurity and law professor at Fordham University in New York City. That’s because these devices are recording everything they see, and those feeds are stored in the cloud.

“The alternative is you put surveillance throughout the home. But now you’ve created a ‘1984’ environment,” he warns, referring to George Orwell’s book about the watchful eye of big government. “Those video images will be accessible to third parties, law enforcement, and Russian hackers.”

Maybe doorstep deliveries aren’t so bad after all. 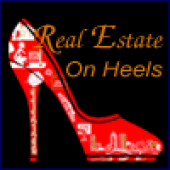 This Month In Real Estate Meet Me at Marlow’s Tavern