Sometimes you come upon an artist that just has that certain “thing”, something different from all of the others. They are an artist who’s music you can’t label, or set in a genre when people ask, and they are just kind of special. Paul Warner is one of those artists. His music styling is one of a kind, with perfect placement of harmonies and a haunting voice you can’t erase from your mind. His sorrowful writings of heartbreak, love lost and inner struggle entrench you to your core. I honestly got tears to my eyes on Thursday night. I don’t know if it is the actual words, the music, Paul’s eyes, or a complete combination, but whatever it is, it makes for beautiful music.

I made my way into the show on Thursday night, somewhat knowing what to expect, because since meeting Paul I have listened to his music over and over, but have never seen him live. I walked into a pretty decent size crowd of people as the guys were about to take the stage. My photographer was already there, as was her husband and several friends that I had urged to come see the show, and they were impressed with all the various instruments on stage. We found our spot, kind of relaxed on the stairs that go down from an upper level, and waited.

The second the music started, I saw my friends ears perk up, which was what I figured would happen, and Paul became our guide through a world all from his soul. I looked over at my friends sitting there listening intently, and what I got was “Omg!”. I think I have just turned them onto something new. At one point another friend came from the concert downstairs to check the guys out, and ran downstairs telling people how amazing they were and text-ed me asking how I would describe Paul’s music. I replied back “It’s Paul, there’s no other way to describe it.”. There really is no way to, or at least I have had trouble doing it. His music is so original, so melodic, so instrument filled, so haunting. It’s like taking someone’s head and soul and laying it down on music notes. The words go deep to your soul, because you have been there before. He has a way of laying out those feelings that you would want to lay out if you could. He and the band take you on a musical journey of well seasoned artists. They all really know what they are doing up there.

Listening to this artist, I wonder who took his heart and crushed it, but as a song writer myself, I know that life experiences are sometimes fully represented and sometimes taken from other places with a smaller thought in mind that grows into a song. Paul uses his voice well to carry the message of the song, emphasizing in places the emotion being expressed with higher pitches of a calming, soothing voice. The instrumentation with Paul and his band is amazing. Everyone can play so many differing instruments. As the guys went into “The Light”, one of my favorite songs, Christopher Alan Yates’ trumpet could be heard

soaring through the venue. What a wonderful sound. With everyone’s collaborative  efforts as artists, they create an amazing sound like I haven’t heard before, concentrating on musicianship, perfection in sound, in sync harmonies, and perfect song writing skills as well as amazing and intense guitar playing on Paul’s part. I am unsure where he goes when he is playing, but I like where he takes me. The Paul Warner band consists of varying artists, sometimes adding back up vocals from friends in Atlanta and elsewhere, but the main crew that make up this stellar band are Paul Warner himself on guitar/vocals/keys/songs etc, Torben Martin -drums, Matthew O’Brien – bass and Jesse Tyler – guitar/keys/vocals. Paul was joined by a special guest appearance from his brother Matthew Warner on harmonica- as well as friend and co-producer Christopher Alan Yates on percussion and trumpet.

Bio: Combining thoughtful songwriting, dynamic stage performance, and unrivaled guitar virtuosity, Paul Warner has emerged as one of Atlanta’s most respected native sons. At first listen, there is a spacey familiarity to his songs, leaving the listener entranced in the haunting melodies and howling solos. But after experiencing the range of songs & textures, there is no doubt the sound is completely original. In his short time in the business, Paul Warner has shared the stage with several diverse national acts including: The Blind Boys of Alabama, Collective Soul, Manchester Orchestra, Jimmy Gnecco (of Ours), Sonia Leigh, Rehab, and Wild Sweet Orange. In 2007, he won Creative Loafing’s “Bandzilla” contest, beating out nearly 100 other bands in the process. His songs have also been featured on top Atlanta radio stations 99x and Dave FM as well as AM1690 The Voice of The Arts. 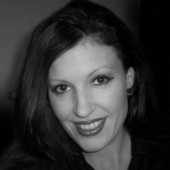